Until today, I wasn’t sure why I had “self-imposed” a 12-12-12 launch date for this new virtual endeavor ten months ago. Today, the veil was lifted. 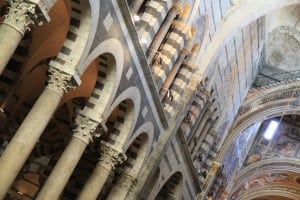 For years, my rolls of film,  and now compact flash cards, have contained a common theme after a day of shooting:  repeating patterns.  I see things differently, and through the ordinary, I’ve always found a way to focus in on the details,especially the repeating patterns. I remember shooting skeleton keys at an antique fair in Pisa, Italy. A rainbow array of beads in Hawaii. Brightly woven blankets blowing in the wind on the dirt road at the beach in  Costa Rica. The waves of hundreds of curved, snow white ceramic plates piled with lobster something- or-other or a promise of richness in golden-flaked chocolate baskets. The sparkling arches of crystal where the stem meets the bowl on wine glasses waiting to be clinked at another tasting gala. Row after row of golden sunflowers reaching home along country roads in Provence.  Dawn dew drops of a spider’s web. Pathways, gate posts, trees. Scalloped patterns created by simple black plastic irrigation pipes hanging below the chains of vineards. I’ve considered creating an art exhibit surrounding my frame-frozen multiples.

Hanging out in the vineyards over the years is where I seemed to take notice of the repeating pattern I had for capturing repeating patterns on film. And today, hanging out with the True Vine, it was as if one of those chains of crystal glasses had shattered and a veil of vision was removed … and I believe I’m carrying in my years of repeating patterns and tattered suitcases a message of the utmost importance. Maybe it’s for you, or perhaps just for me.

Recently, we were in the Mayan Rivera at the ultra-incredible Karmisa Resort Groups Azul Beach Hotel. (We have been extremely blessed to be able to tag along with daddy on some amazing business trips!) The last night of our stay was a beautiful feast and extravaganza honoring some of the best travel agents and tour operators in the industry. My man (I lovingly will refer to as PIL- Partner in Life) was rolling out a new marketing launch, and I was by his side, plagued with a serious flu. I sat amongst a table of all male VP’s, executives, and multi-billion dollar land developers, all speaking Spanish. Chills, fever, sore throat, headache, body ache- you name it, I felt it through the same BCBG black dress I’ve been wearing to these types of events for going on ten years. Mi espanol esta bien, pero NO es cuando estoy inferma. “Why in the heck am I here?” I prayed and thought and downed another Mexican double strength Advil-Max and chamomile tea.  My PIL was introduced by the emcee as “our very special guest.”  I managed a smile and applauded. I am so proud and he is looking more debonair the more “platinum” he becomes.

The end of the gala was in sight after five courses with wines all expertly paired by my PIL (which all smelled amazing, I think.) At last, the final speaker approached the podium, and was speaking English! This well-loved and respected hotelier and mega-tourism visionary on the Mayan Rivera began as a bell-boy in Cancun and has now amassed a fortune, whom he gladly shares by employing thousands of locals who respect him. And after a week with him, so do we. What he said took weeks to sink in beyond the ibuprofen. I’ll paraphrase:

“I’m a multi-generational Mayan descendant, and I’m here to tell you that the world has got it ALL WRONG.  Everyone talks about how the Mayan calendar shows the world will end because it runs out.  The Mayans don’t think that at all, nor did they ever.  We simply knew it would be time, by the end of the calendar as we knew it, to make a NEW and different calendar. We knew things would have changed, advances would have been made, and the world would be a different place. The Mayan calendar the Mayans know is really a call for renewal, a time of refreshing.  A time to do something NEW and DIFFERENT.  Step out, things are changing, but it’s not over yet- it’s time to really go out of our way to be of service, to exceed expectations, and to grow. When no one else believed, our company stepped out in faith and started building new properties in the midst of a recession. But, because of that, we employed over 3,000 locals who were unemployed. What can YOU do when you step out in faith for change? God bless you all! ”

His words have been a repeating pattern, framed in my mind. A time for refreshing and renewal. It was brought to my attention today that 12-12-12 will not happen again, nor ANY other REPEATING date in our lifetime. And then it clicked… the Lord Himself had this all planned out eons before any calendar was written. These two messages merge, and a new spark is created.  It is and has indeed been a time of refreshing and restoration for my family, my marriage, my faith.  Maybe it has been, or it can be for you, too. It has been ordained as so! And, His message is that His Spirit  will end the repeating, old, destructive patterns for ALL who will seek Him in a new, refreshed way. If you haven’t felt a direct link to God lately,  especially if the thought of HIM is NEW AND DIFFERENT, and you have some patterns that need refreshing,  call on His Word, His Son, Jesus and ask Him to reveal Himself to you. I promise He will, and so does He.

I’m calling out in this season to be refreshed and renewed in the words I write, that they take flight and get unpacked just where they are meant to land. And, if I have my camera in hand, I’ll still snap some repeating patterns, praying I’ll see Him in the details. The rest is all trivial.  ~ JR. 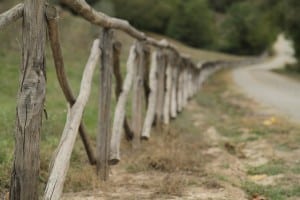 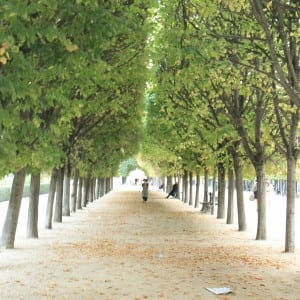 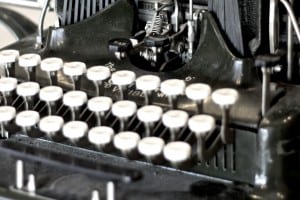 I’d love to hear from you! What are you needing refreshing from, or have you been experiencing it? What patterns for you will STOP after today? Do you want to see more of the repeating pattern art? What do the images posted say to you?