“She’s back, folks. She’s here and ready to conquer!”

This is what played in my head, somewhat sarcastically, as my plane landed on the runway of my hometown’s adorable little airport. My emotional state was reminiscent of “suicides.” Those drinks you made at summer camp, mixing anything and everything (grape soda, mayo, pepper, you name it) into one beautifully disgusting cup, daring one another to drink it? No? Good.

I felt an overwhelming sense of relief, fear, giddiness, determination, and something akin to self-loathing. There I was, right where I vowed I’d never be. As I exited the plane, the sun shining gloriously on my face and my overstuffed carry-on in tow, I emerged….*drum roll*…a college drop-out.

I made it exactly three semesters at my dream school immersed in my dream major with my dream scholarship. That is a lot of dream, so what happened?

As a child, I found my life’s passion early. I knew exactly what I wanted to do and devoted my childhood to it. I spent summers training at some of the country’s most prestigious camps for my field. I devoted countless hours each week to practice. It was my everything from 7 years old all the way through high school.

Senior year, I found my dream conservatory. I walked onto the campus and immediately felt this overwhelming sense that I was right where I was should be. After auditions, not only was I accepted, I received the top scholarship I could have been awarded, which said to me “hey, you’re on the right path, kid”.

While at college, I had the time of my life, but I also had the hardest time of my life. While I was sure I was in the right place, there was a feeling with no name I just couldn’t shake. Stubbornly, I shoved it to the back of my mind and chalked its negativity up to “the adjustment period”.

In my third semester I found that I was still struggling. I felt like I had to work three times as hard as my classmates to do the same level of work. It was draining. The “feeling” I had locked away began to break loose, but I kept it in and told myself to “pull it together.” This is your dream school, dream scholarship, dream career. I soldiered on until Christmas break, but once home, “the feeling” showed itself again. Something had to change.

For the first time in a long time, I allowed myself to stop being a trouper and be honest with myself. I had no desire to go back to school. And for once I didn’t allow myself to feel badly about that. When my brain told me I was a failure, I pushed it away. I was exhausted, and I was not in the right place.

Over break, I did huge amounts of research. I looked at other colleges. I took the Myers Brigg personality test. I even researched Zen! I didn’t know what kind of answer I was looking for; I just knew I needed one.

All of a sudden, I stumbled across a program that allowed you to travel abroad, have an internship, and create your own education. The man who created the program had done extensive research into the necessities of having a college degree. He had a book which I bought and devoured in 2 days. It outlined all sorts of ways to make own education and live your dream without a degree. It wasn’t advocating dropping out, it was simply meant to make you think, so you could make the best decision for you. As I read, I realized more and more that the career I had chosen went against almost everything that came naturally to me. My personality, who I was to the very core, did not mesh well with the requirements of my field. I had spent a good portion of my life trying to make it fit.

I grabbed a pen and paper. I began to write down what I would do if I had to choose a different career. I stared at the page for a minute, then watched as my fingers scrawled “write” on the yellow legal pad. Write. In that moment, it all made sense (Well…I’m skipping all of the messy feelings and skittish banter). I had written all the time as a young child. I never had to push myself to “soldier through it.” It fit with who I was naturally. As I sat there, peering down at that one word in amazement, I realized that writing and my “chosen field” accomplished the same thing, but in different ways. So really I had been where I was meant to be all along. It was an indispensable part of my journey.

Now, as I prepare for Global 365, my year long trip around the world and current writing project, I could not be more grateful for my time in college, and the courage God gave me to leave it behind. It’s terrifying to leave behind an ended journey, but if you muster up the courage to step off the road you’ve always known, amazing things will happen. As I look at the path ahead, I see so many adventures that weren’t possible a year ago. What do you see ahead on your path? 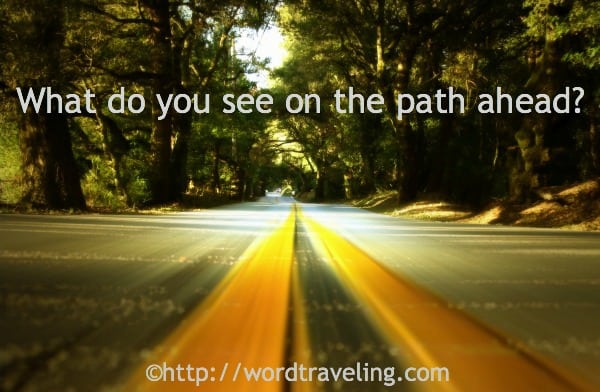 Home School graduate, coffee fanatic, and recent college drop-out, Taylor Nieman is a young American writer with a passion for travel and the-road-less-taken.  Her greatest desire is that through her blog and writings, found atwww.taylornoelnieman.com, young people will be inspired to forge their own path and encouraged to live their “impossible” dream.