When you are a homeschool mom who loves to (talk) travel, wondering about traveling to the Holy Land and Israel at the celebration of Jesus’ Birth is on your mind. 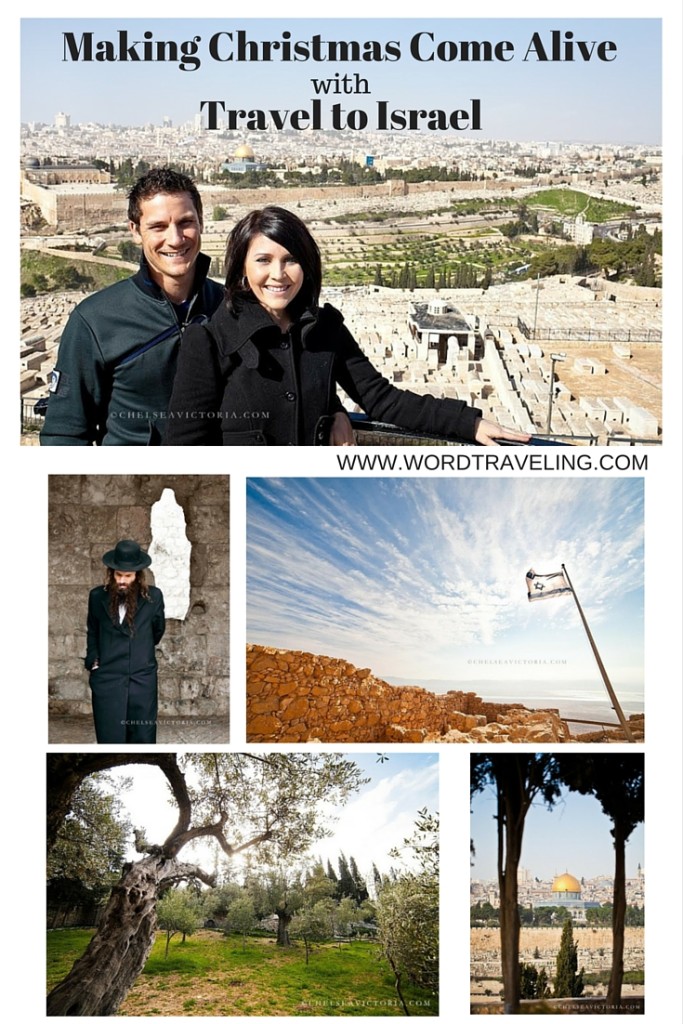 I am blessed to share this interview and incredible photos about the experience of our dear friends, Chelsea and Sean Loomis.  Sean is a dear friend and pastor. His beautiful bride Chelsea captures images to take your breath away. Be blessed and dream of what it was like for Jesus to walk these steps and rest in this garden as you read their story. And, perhaps dream of taking your own journey some day. Tell us about your trip to Israel or dream of travel there in the comments! (Hint- we may be thinking of creating a Word Traveling group journey- don’t miss out!) 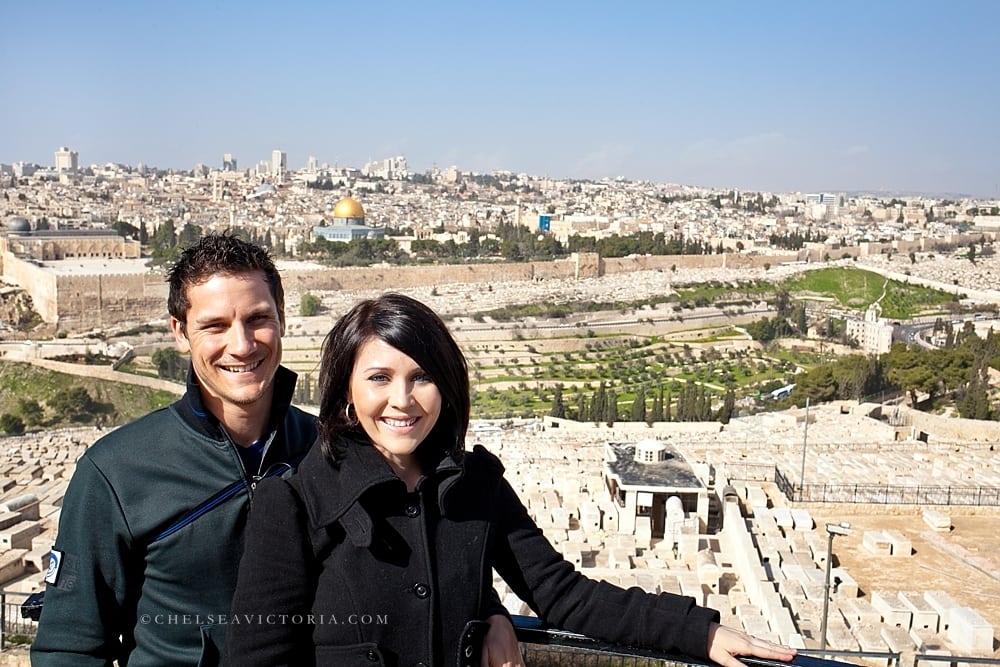 WT: How did your experience of the Bible change visiting the Holy Land?

Chelsea: It really opened up my senses to the Bible. Now, not only can I see the Bible stories come to life, but I can hear them, smell them, and even taste them!

Sean: The Bible was always in black and white and always left up to my own imagination or pictures in a story book I’ve seen growing up. When you step into the culture, speak with the people, and walk the same streets that Jesus walked, the Bible becomes tangible. It’s something you can hear, taste, see, smell, and feel. You hear the shepherds herding their flocks through the hills. You see the goats and the sheep all running together. You taste much of the same food and spices that have been eaten for thousands of years. You can smell the Mediterranean Sea and experience a storm coming across the Sea of Galilee. We even got to feel how cold the water is in the Jordan river because it flows down from the mountains of the North.

WT: How did Jesus come alive to you after your experience?

Sean: We prayed on the Mount of Olives and walked through the valley to Caiaphas’ house where Jesus may have spent His last night down in the pit below. I felt a sense of His isolation. We walked in the garden of what most scholars believe to be Jesus’ tomb. It seem to perfectly match the description in the Gospels. It actually sits at the base of a high place overlooking Jerusalem, just outside the original city walls. We walked the narrow streets of the Via Del A Rosa which was the path that Jesu would ahem taken to Golgotha. There in the side of the rock you see the appearance of a skull. It was powerful to know that Jesus had been there, suffered for me there and died for me in that place.

WT: How did your trip impact your relationship with Jesus and those around you?

Sean: I know everyone was deeply impacted by the sites and the experiences, but it’s different for everyone. I can say that the more you know about the Bible the more your relationship with Jesus comes alive when you visit the Holy Land. All of the stories, the words, the meanings, and the locations start to become glued together and it truly strengthens your faith. It makes you hungry to go back to the word and deepen your walk with Christ. You can now see where He was when He said and did all of the amazing things He did.

WT: Give us some highlight moments from the trip to Israel. Favorite memories of the Holy Land.

Sean: “Swimming” (floating really) in the Dead Sea and putting the mud all over us was so much fun. Probably my favorite memory was baptizing my wife, Chelsea, in the Jordan River and then being baptized by my father. We actually had to wear wetsuits because the mountain water is so frigid. It’s exhilarating coming out of the water in a location similar to where Jesus may have been baptized. I also loved being on top of the Temple Mount where the two Muslim Mosques are located. It felt like being at the very center of the world and universe. 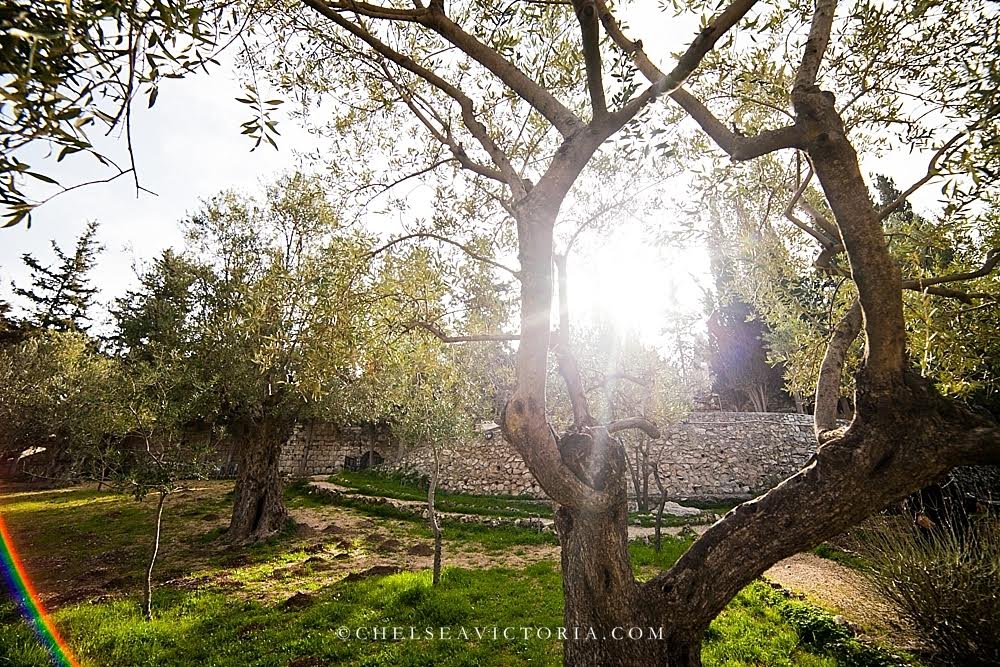 WT: Give us a few key details and tips about travel to Israel that you think are important.

We were in Israel for 8 days with a group of about 30 people. It was a very fast paced trip with little downtime which is good because you want to take in everything you can. It takes about 2 days of travel total, there and back. We flew into Tel Aviv and immediately left for a nice hotel in Tiberius on the “Roman side” of the Sea of Galilee. We stayed there for about 3 nights, and 3 days. We went to Nazareth, where Jesus grew up, visited the sites around Galilee, including Capernaum where Peter lived, and worshipped at the location where Jesus fed the 5,000. We stayed in the King’s Hotel in Jerusalem for 4 Nights and 5 days. There we visited all of the most important locations in and around the city including Bethlehem, the Wailing Wall, the Temple Mount and the Holocaust Museum. The Museum was probably the most difficult thing any of us has ever experienced. Its worth seeing for sure. From Jerusalem we traveled to the fertile plains of Tel Megiddo (where the Bible says Armageddon takes place). We played in the Mediterranean Sea where the remnants of King Herod’s beach house and the Roman aquaducts can still be seen today. We took a long bus ride out into the dessert to the Dead Sea where we almost got hypothermia from the cold mud and we took a cable car all the way up to the fortress of Masada where the last Jewish rebels died defending their homeland in 73 A.D. (We were there during the Winter season (January) but the weather was still beautiful)

Although it varies depending on which tour company you go with, the trip definitely has a decent cost to it. The flights are fairly expensive because it’s about 12 hours over and 9 hours back. You have to pay for the tour, the guide, the bus travel, the food, the hotels, and then we brought about $500 in spending money just in case. Most of the food you eat in the morning and evening is at the hotel which is true to the region but “Westernized” so that people have a variety. Think ALL YOU CAN EAT BUFFETS. For lunch, since your out touring the area, you eat at local restaurants. We did feel safe, but because it was a new place there is always a sense of not feeling as comfortable. There were dozens of other tour groups there at the same time so we never felt out of place. I know that I would feel completely comfortable if I went back. There are also Israeli police and security all over.

WT: Talk to us about the food and the people you met on your trip 🙂

We met ALL KINDS of great people. Our Jewish tour guide, Hannah, was very sweet, and she had a very fun and playful relationship with our Palestinian, Muslim Bus Driver Adnan. The majority of the people who inhabit Israel seem to live at peace with each other even with the major differences in religion.They treated us, Western Christians, with so much respect and kindness. There was an awful lot of hummus and chicken falafels. I actually really enjoyed the food but it’s mostly the same everywhere you go. Unless you hit a McDonald’s along the way through the outskirts of Jerusalem. THE BEST food we ate was actually in Jericho. Jericho is a fairly poor area which is inhabited mostly by Muslim Palestinians. They fed us very well there in one of the touristy areas. The best tasting fresh lamb and chicken “ka-bobs” I’ve ever had. 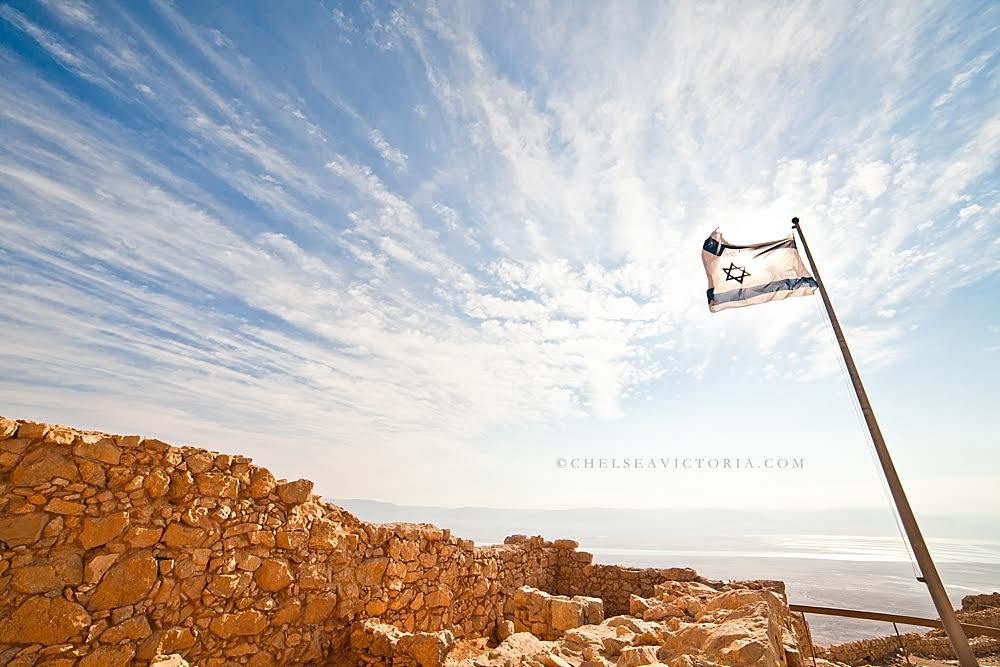 I know Israel is high on my “bucket” list- how about you? Have you been or do you dream of going?
Wherever you go~
Vaya con Dios~
Jen